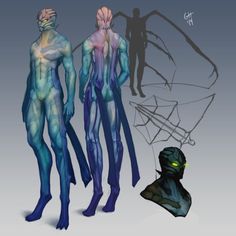 The The Kings of the East are the Four Angel Commanders of the Demon Cavalry who were bound at the Euphrates (Rev. 9:13-15).

The great river Euphrates is the easternmost boundary of the ideal Israel of God (Gen. 15:18), dying up its waters symbolic of removing what restrained their attack on God’s kingdom. These kings gather with the kings of the earth to a place in Hebrew called Armageddon, the place where Christ will battle Satan and his angels and the assembled armies of the Beast (Rev. 19:11-21). As they join the kings of the earth it implies they are not of this earth.

It follows from Revelation 9:15-18 the Kings of the East are the “four angels” who were bound in the Euphrates, who go forth to slay the apostates in Christendom (so hated is anything Christian even former Christians are slain.). But they themselves don’t do the killing. Their 200 million demon cavalry does the actual slaying, but as Kings they are unrestrained to order the slaughter (Rev. 9:15-18).

Drying up the Euphrates “takes out of the way” (2 Th. 2:7-9; Rev. 9:1) the restraint of their evil, symbolically “preparing their way” because removing the restraint of the mystery of lawlessness permits the strong delusion to take hold, the energia of error. The antithesis of this is God’s conviction of the truth to the conscience of men (Rom. 9:1) which is also known as the “mystery of godliness”—note it contrasts giving heed to deceiving spirits (1 Ti. 3:16-4:1).

It follows from this context, flying frogs out of the mouth of the Dragon, Beast and False prophet that embolden men to fight God at Armageddon must symbolize the satanic “energia of error” strong delusion God can be defeated in battle (2 Th. 2;7-12). “Times and laws” have changed (Dan. 7:25), the arrival of the reptilian “ET Designers” permitted the Beast “cast truth to the ground” (Dan. 8:12) blaspheming God as another Extraterrestrial who can be defeated by the combined forces of the Beast and the Dragon “god of forces” (Dan. 11:36-37; Rev. 13:4).

Perhaps the species of frog John saw was the “Mascarene Rocket Frog” whose “flight” is accomplished by expelling a jet of water from its bladder, very common species in the Nile. There are many allusions to Egypt/Exodus in the book of Revelation therefore the connection is not as tenuous as might appear.