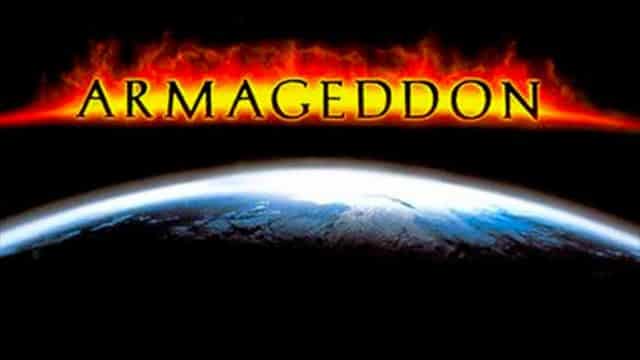 What is Armageddon, the Beast’s Waterloo? It doesn’t literally exist on the maps, so the name is an enigma.

Evidently John is combining the plains of Megiddo with the Mountains of Israel to symbolize “the place where evil meets its proverbial Waterloo. The Beast and his Nephilim Demon Kings meet their end: “On the mountains of Israel (Har)… upon the open field (Megiddo) (Ez. 39:4-5). Armageddon is idiomatic for place where the Beast and Satan meet their doom, “their Waterloo”.

12 And the sixth angel poured out his vial upon the great river Euphrates; and the water thereof was dried up, that the way of the kings of the east might be prepared.
13 And I saw three unclean spirits like frogs come out of the mouth of the dragon, and out of the mouth of the beast, and out of the mouth of the false prophet.
14 For they are the spirits of devils, working miracles, which go forth unto the kings of the earth and of the whole world, to gather them to the battle of that great day of God Almighty.
15 Behold, I come as a thief. Blessed is he that watcheth, and keepeth his garments, lest he walk naked, and they see his shame.
16 And he gathered them together into a place called in the Hebrew tongue Armageddon. (Rev. 16:12-16) KJV

As in Rev. 9:14 this Euphrates is a boundary separating the land of God from His enemies (Deut. 11:24), its removal as a restraint of evil recalls unbounding the four angels thereby unleashing the demonic cavalry (Rev. 9:15-19). The barrier symbolizes God’s decree Satan’s angels could not appear physically among men as they had in the days of Noah (Gen. 6:4). The demonic identity of these “kings of the east” is deducible 1.) They are not kings “of the earth” requiring “otherworldly origin” like the 2.) demons wearing crowns like kings in Rev. 9:7; 2.)

Their identity disguised by lying spirits from the mouths of the Dragon, Beast and false prophet. It is claimed they are “flying frogs,” that is a friendly Extraterrestrial Race returning to benefit the human race they bio engineered in the past. It may be they also appear somewhat amphibian or reptilian like the Dragon. Perhaps the species of frog John saw was the “Mascarene Rocket Frog” whose “flight” is accomplished by expelling a jet of water from its bladder, very common species in the Nile. There are many allusions to Egypt/Exodus in the book.

John is known to conflate symbols to bring together unique content, such as with the seraphim of Isaiah 6:2-3 and four living creatures of Ezekiel 1:5-7 in Rev. 4:6-8. Matthew did the same when summarizing what is found in the “prophets” (plural) to prove Jesus “shall be called a Nazarene” (Mat. 2:23).