The end of the world as we know it begins before the end time “week” of seven years.

With the sign of Israel’s regathering (Luke 21:32) UFO incidents increased  confirming God had lifted His restraint of spiritism, the “mystery of lawlessness” (2 Thess. 2:6-7).

The working of Satan, with all power, signs and lying wonders is now permitted full demonstration on the earth.

The End Time “clock” begins when the Church receives the Antichrist as Christ (2 Thess. 2:3-4)

“It is necessary”  during the End Time “Week” of seven years,  events “occur in rapid succession” once they begin (δεῖ γενέσθαι ἐν τάχει Rev. 1:1).

Seven Seals begin with a Series of  Plagues that  overwhelm Mankind paving the way for radical change in times and law:

War in heaven Satan and Nephilim cast out:
https://endtimenews.net/angels-cast-down-from-heaven/

Satan and his fallen angels claim to be Elohim the “Designer Creators” of mankind:
https://endtimenews.net/the-rise-of-the-666-beast/

Spirits of demons imprisoned in the abyss are released to torment and terrorize TARES for Five Months . This includes apostates who hesitate following the man of sin “False Christ” as he morphs into the Antichrist 666 Son of Destruction
http://endtimenews.net/the-rise-of-the-666-beast-chapter-3/
http://endtimenews.net/revelation-trumpets/

At 3.5 years or 42 months or 1260 days the following events occur quickly in the last half of the 7 year end time period:

Britain and America Beast with two horns unite to strengthen the wounded by the sword  Beast
https://endtimenews.net/two-horns-like-a-lamb/

Sixth Trumpet: Demonic cavalry kill the third of the earth that once professed Christianity, regardless whether they converted to the 666 Beast or not. But in spite of seeing their fellow idolaters slain, the rest of the world still does not repent of their devil worship (Rev. 9:13-21)
https://endtimenews.net/revelation-trumpets/

At 1290 days or 30 days after Chancellor Adonikam morphs into the Son of Perdition 666 Beast, The abomination of Desolation Quantum AI Network in his image is set up.  666 Mark Membership only economy begins.

1,335 Days counting from beginning of End Time Week to the  rapture
https://endtimenews.net/one-thousand-two-hundred-and-sixty-days/

The Seven Bowls: God attacks Kingdom of the Beast
https://endtimenews.net/war-between-god-and-satan-2/

Egypt and allies rebel against Emperor Adonikam,  he subdues the King of the South (Dan. 11:40-43).

Beast followers so terrified by God’s power they require a new dose of deluding spiritism and they gather to fight God at Armageddon (Rev. 16:13-14, 16).
https://endtimenews.net/war-between-god-and-satan-2/

Michael and his angels gather all who repented and believed after the rapture and destruction of Gog and Magog (Ezek. 39:1-7; Dan. 12:1; Mat. 24:31).
http://endtimenews.net/one-thousand-two-hundred-and-sixty-days/

Beast and false prophet cast into lake of fire
Satan chained and cast into abyss (Rev. 19:19-20:3)

Christ and His angels set up Kingdom in Jerusalem
All who survived the Apocalypse are then judged.
https://endtimenews.net/matthew-25-31-46/

The Elect In Hell On Judgment Day, Are Not Cast Into The Lake of Fire 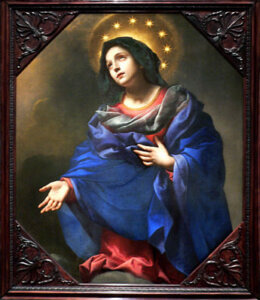 Woman clothed with the sun is Lady Zion mother of us all Lady Zion is the “Israel of God” (Gal. 6:16), Jews and Gentiles born in the Truth of God. Mount Zion, from which God’s Law goes forth was in Jerusalem, therefore Lady Zion “Jerusalem” (Isa. 2:3) is the Mother of us all (Gal. 4:26). 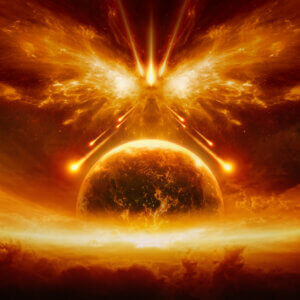 Riddle of Armageddon Meaning Solved: Solution Hiding in Plain Sight. Ἅρ Μαγεδών. No convincing interpretation has as yet been given of this phrase, which should probably be translated “the mountains of Megiddo.” The city Megiddo was notable as the scene where Barak and Deborah overthrew the forces of Sisera by “the waters of Megiddo” (Judg. 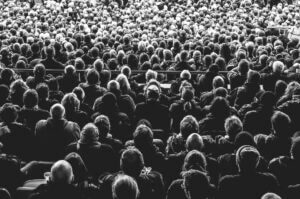 Jesus Preached to the Dead

Jesus preached to the dead 5 Who shall give account to him that is ready to judge the quick and the dead. 6 For for this cause was the gospel preached also to them that are dead, that they might be judged according to men in the flesh, but live according to God in the 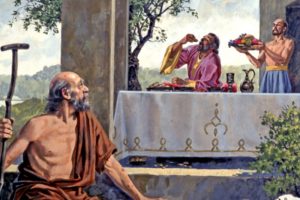 Lazarus and the Rich Man: The Torment in Hades is Real if not literal fire

Some dismiss Christ’s story of Lazarus and the Rich man as a parable with no relation to reality. But parables always have relation to reality. For example, in the Luke 15:3-7 parable: the “hundred sheep” relate to “one hundred persons”; “the lost sheep who is found” to “the one sinner who repents”; the “friends and 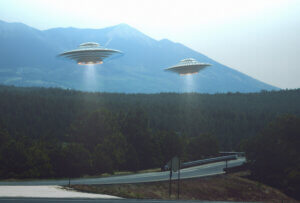 The Little Horn in Daniel with the Big Mouth 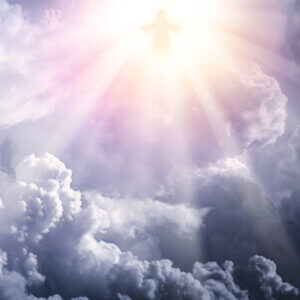 The Interpretation of Matthew 24:1-31

This interpretation of Matthew 24 is focused on the “end of the age” fulfillment of Christ’s prophecy, not the 70 A.D. destruction of the Temple or Bar Kokhba revolt that destroyed Israel as a nation until the 20th century. 3 Now as He sat on the Mount of Olives, the disciples came to Him privately, 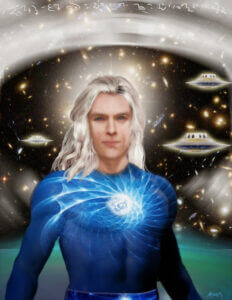 Ancient Aliens or Angels? Even the Elect might be deceived 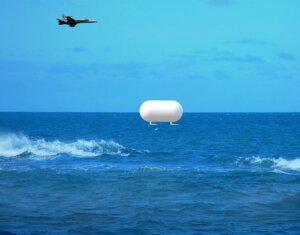 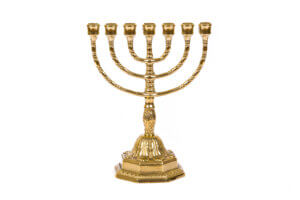 I will pour out of my Spirit upon all flesh: and your sons and your daughters shall prophesy

16 But this is that which was spoken by the prophet Joel; 17 And it shall come to pass in the last days, saith God, I will pour out of my Spirit upon all flesh: and your sons and your daughters shall prophesy, and your young men shall see visions, and your old men shall 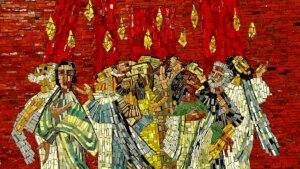 Baptism In The Spirit: What the Experience Feels Like 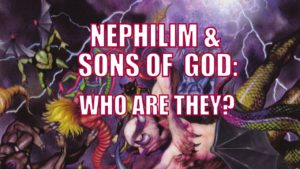 Nephilim Fallen Angels and the Sons of God

The Nephilim: Satan’s Fallen Angels 1 Now it came about, when men began to multiply on the face of the land, and daughters were born to them, 2 that the sons of God saw that the daughters of men were beautiful; and they took wives for themselves, whomever they chose. 3 Then the LORD said, 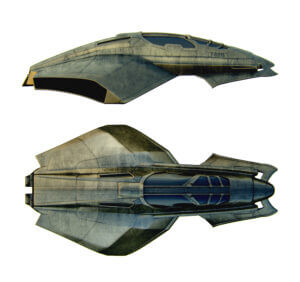 What is the “wing of abominations” in Daniel 9:27? Then he shall confirm a covenant with many for one week; But in the middle of the week He shall bring an end to sacrifice and offering. And on the wing of abominations shall be one who makes desolate, Even until the consummation, which is determined, 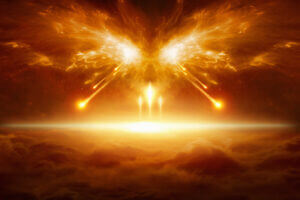 Covid 19 Is it the beginning of sorrows?

The only prophets I trust are Moses and Elijah who have yet to appear in Jerusalem in the End Time (Rev. 11:3-6). Those who prophesy the Covid 19 pandemic is the “beginning of sorrows” (Matthew 24:8) are like broken clocks. If they are right, its only because a broken clock eventually tells the correct time. 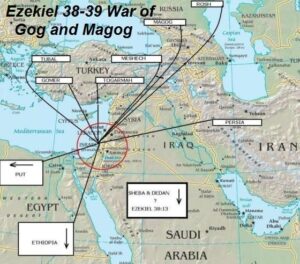 Gog and Magog in Ezekiel and Revelation 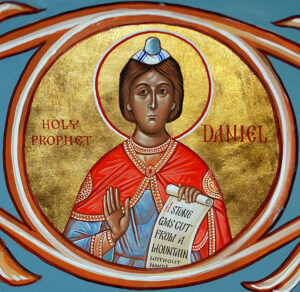 The Explanation of Daniel’s Days 1,260, 1,290, 1,335, 2,300 Days Assembling a Jigsaw Puzzle following an incorrect picture will leave some pieces that don’t fit anywhere. That analogy explains why Interpreters, trying to force Daniel’s Days fit the picture of a Third Temple in Jerusalem and Antiochus-like Abomination which ends Jewish Sacrifices, can’t make Daniel’s

The War Between God and Satan: The Seven Bowls

The war between God and Satan intensifies when the bowls of God’s wrath are poured out. First followers of the Beast receive festering sores (Rev. 16:2). Then seafood dies in a poisoned sea (Rev. 16:3) and drinking water becomes blood to drink repaying them for slaughtering the church (Rev. 16:4-7). Then solar flares scorch men

Britain and America in Prophecy

Britain and America in prophecy Then I saw another beast coming up out of the earth, and he had two horns like a lamb and spoke like a dragon. (Rev. 13:11 NKJ) John’s alludes to the book of Daniel in Revelation 13:1-2, the “beast-Empire” rises ‘from the sea of spiritism’ just like in Daniel (Isa. 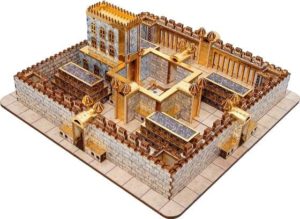 The Third Temple: Does scripture anticipate a future Jewish Temple?

The First Temple built by King Solomon was destroyed by Nebuchadnezzar about 586 BC. The Second Temple replaced it only to be destroyed in 70 AD by the Romans. The Third Temple has yet to be built. Many believe Bible prophecy implies a Third Temple will take its place in the End Time. The argument 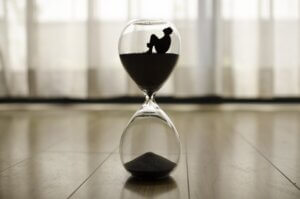 18 Little children, it is the last hour; and as you have heard that the Antichrist is coming, even now many antichrists have come, by which we know that it is the last hour. 19 They went out from us, but they were not of us; for if they had been of us, they would 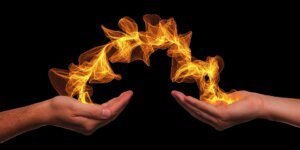 Have we not prophesied in your Name?

22 “Many will say to Me in that day,`Lord, Lord, have we not (προεφητεύσαμεν) prophesied in Your name, (ἐξεβάλομεν) cast out demons in Your name, and (ἐποιήσαμεν) done many wonders in Your name?’ 23 “And then I will declare to them,`I never knew you; depart from Me, you who practice lawlessness!’ (Matt. 7:22-23 NKJ) The