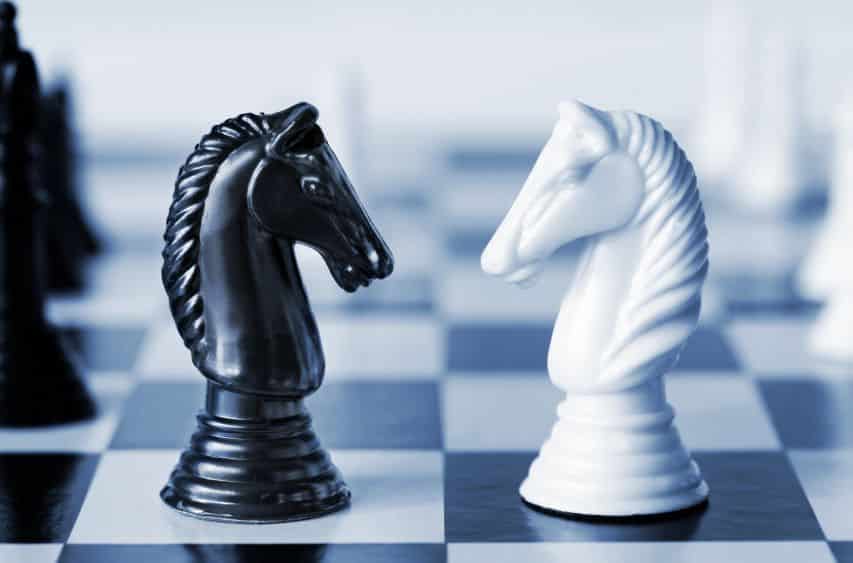 God vs Devil is no contest. God is infinite Almighty in power, Satan finite limited in power. Satan knows he can’t fight God toe to toe, so how could he hope to rebel against God? What was his plan?

The answer to that is found in Job 1:6-11. God’s heavenly court convenes and Satan appears among them. He claims God is wrong about Job, that he serves God for a selfish motive:

6 Now there was a day when the sons of God came to present themselves before the LORD, and Satan also came among them.
7 And the LORD said to Satan, “From where do you come?” So Satan answered the LORD and said, “From going to and fro on the earth, and from walking back and forth on it.”
8 Then the LORD said to Satan, “Have you considered My servant Job, that there is none like him on the earth, a blameless and upright man, one who fears God and shuns evil?”
9 So Satan answered the LORD and said, “Does Job fear God for nothing?
10 “Have You not made a hedge around him, around his household, and around all that he has on every side? You have blessed the work of his hands, and his possessions have increased in the land.
11 “But now, stretch out Your hand and touch all that he has, and he will surely curse You to Your face!” (Job 1:6-11 NKJ)

Satan counted on God’s impeccable character. If God failed to meet His own standard for being God, He would be consistent and disqualify Himself. Then Satan and his angels could do anything anywhere they wanted in the universe.

But how could Satan believe God made a mistake? That’s quite a leap, did something in God give him that idea? No, it was something in Satan that deceived him. He searched his own motives for serving God and discovered evil. The prophet Ezekiel reveals this in his book:

13 You were in Eden, the garden of God; Every precious stone was your covering: The sardius, topaz, and diamond, Beryl, onyx, and jasper, Sapphire, turquoise, and emerald with gold. The workmanship of your timbrels and pipes Was prepared for you on the day you were created.
14 “You were the anointed cherub who covers; I established you; You were on the holy mountain of God; You walked back and forth in the midst of fiery stones.
15 You were perfect in your ways from the day you were created, Till iniquity (05766 עֶוֶל `evel) was found in you. (Eze 28:13-15) NKJ

Satan wasn’t alone making this mistake. A third of heaven’s angels agreed with him (Rev. 12:4). Just as thieves project onto everyone else that they are thieves also, so they projected their evil onto others, including Job.

What is “confirmation bias”? It is best illustrated by a demonstration. Do this. Locate everything surrounding you that is “blue”, try hard to remember what they are. Then close your eyes, and recall everything that was colored “red”. Unless you have a photographic memory, its likely you didn’t remember everything colored red, or any other color. That’s because you weren’t looking for it. You were looking for “blue” and anything not “blue” faded from view. That is “confirmation bias”, you only see what you look for.

When Satan looked for selfishness in others, that’s all he saw. He didn’t see anyone who wasn’t selfish. A third of heaven’s angels discovered the same evil in themselves and were convinced it was true of everyone. Including Job.

Implicit in God’s decision to create free willed creatures to live with Him in unselfish love forever, is that unselfish love be perfect, without any defect. So true love must exist, or God did make a mistake. Job’s test didn’t settle the issue before the heavenly court. Although he proved himself as God described, he didn’t prove true love of such perfection could exist in a man.

Only the man Jesus Christ proved this perfect true love actually exists, and He did it beyond any reasonable doubt. Consider what He did:

5 Let this mind be in you which was also in Christ Jesus,
6 who, being in the form of God, did not consider it robbery to be equal with God,
7 but made Himself of no reputation, taking the form of a bondservant, and coming in the likeness of men.
8 And being found in appearance as a man, He humbled Himself and became obedient to the point of death, even the death of the cross. (Phil. 2:5-8 NKJ)

Jesus appeared to the angels in heaven in “the form of God” because He is “God the Word” creator of all things with God the Father and God the Holy Spirit (John 1:1-3. Genesis 1:1. Matthew 28:19). So Jesus had everything. He gave it all up, “made Himself of no reputation” adding to His infinite Nature the finite nature of man via the virgin birth.

This is a greater sacrifice than a King leaving his throne to live with the poor. He had everything as God, and nothing as a man. To make it worse, He humbled Himself even further, doing what the prophecies predicted He would. He was whipped without mercy till His skin was ripped off His body in strips, “His visage was marred more than any man (Isa. 52:14 NKJ).” Then nailed to a cross to die in the blistering sun.

Therefore, beyond any reasonable doubt Jesus’ incarnation proves true love exists. God’s True love for man, the Man Jesus’ true love for God. And it will exist in all who follow Jesus in the regeneration (Mt. 19:28), conformed to the image of His Son the firstborn of many brethren (Rom. 8:29).

The incarnation of Jesus the Eternal Son of God so contradicted Satan’s argument, even to this day evil spirits cannot confess Jesus Christ came in the flesh:

How to test the spirits

5 For He has not put the world to come, of which we speak, in subjection to angels.
6 But one testified in a certain place, saying: “What is man that You are mindful of him, Or the son of man that You take care of him?
7 You have made him a little (1024 βραχύς brachus) lower (1642 ἐλαττόω elattoo) than the angels; You have crowned him with glory and honor, And set him over the works of Your hands.
8 You have put all things in subjection under his feet.” For in that He put all in subjection under him, He left nothing that is not put under him. But now we do not yet see all things put under him.
9 But we see Jesus, who was made a little lower than the angels, for the suffering of death crowned with glory and honor, that He, by the grace of God, might taste death for everyone.
10 For it was fitting for Him, for whom are all things and by whom are all things, in bringing many sons to glory, to make the captain of their salvation perfect through sufferings. (Heb. 2:5-10 NKJ)

Man is made “lower” (1642 ἐλαττόω elattoo) or “inferior” “less than” the angels”, this refers to his status, not nature or intellect. Otherwise, the Incarnate Christ would be lower IQ than the angels He rules over (Heb. 2:9), an impossible situation. Rather from the context of His “subjection” we see it refers to status only, for a “little” (1024 βραχύς brachus) time, Christ had less glory and honor than the inhabitants of heaven.

Therefore, as Satan (a cherub) and angels aren’t “smarter” than humans, they would be deceived by “confirmation bias” just as humans are today. The advanced technology fallen angels will display in the end time is a consequence of their being created sooner (Job 38:7) and not needing to relearn every new generation. Nor was their scientific knowledge destroyed by war and natural calamity as has happened in human history. Moreover, as co-conspirators with Satan’s fallen Ones the Nephilim the strategy of seducing the “sons of God” with beautiful human women evidently originated with man, not Satan. That is required by God blaming man for the offense (Gen. 6:1-3, 5).

Satan’s War against the Woman’s Seed, the Child of the Daughter of Zion
The War Between God and Satan: The Seven Bowls
Angels are cast out of Heaven Twice?
When Is The Judgment Of Fallen Angels?